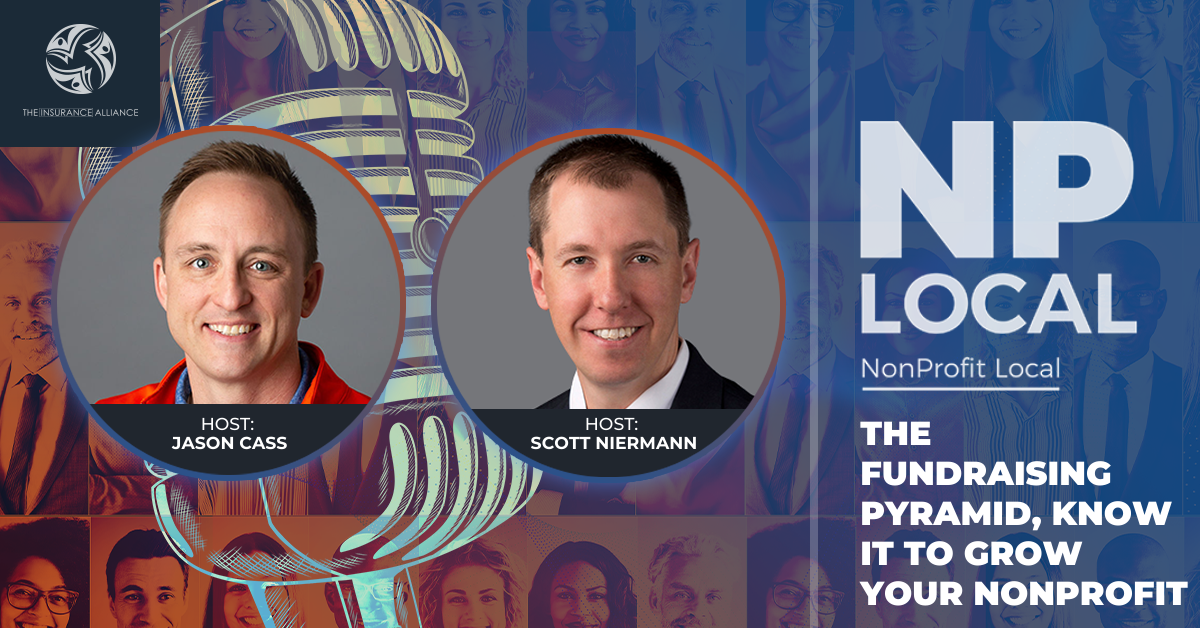 In this episode of the NP Local podcast, co-hosts, Jason Cass and Scott Niermann, MPA, CFRE, continue to discuss funding and fundraising. Jason and Scott talk about the fundraising pyramid and understanding each layer of the pyramid.

I am the Co-Owner of The Insurance Alliance. I love to speak nationally on the topic of insurance and I am the author of "Customer Service is Just Foreplay" an Amazon Best Seller. I don't sell insurance, I help people buy it.

Next Post: 5 Ways to Lower Your Homeowners Insurance Premium

Save time and money today!

START YOUR QUOTES ONLINE IN MINUTES

Have a great experience?

LEAVE US AN ONLINE REVIEW TO TELL US